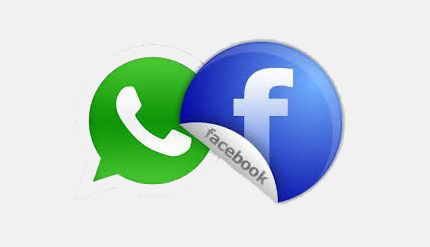 Do you know "Why Facebook have to take over WhatsApp"?

Find out more by reading below.

Facebook has sent a shock wave among its followers that it is going to acquire the famous social App WhatsApp. It is actually said that Facebook is going to pay $ 16 Billion ($ 12 Billion in stock and $ 4 Billion in cash) for acquiring the product. This deal is recorded as one of the biggest acquisition in the recent tech world than the Microsoft’s acquisition of Skype in 2011.

Since the Smart phone usage has been drastically increased in the world today, more and more apps based on Android are being introduced nowadays. Among those apps, only few gets good reputation and popularity. One such app is WhatsApp.

Actually this is a social App that serves as a messenger allowing you to send and receive audio, video messages, share photos, chat in groups and so on. In other words, WhatsApp is an alternative to any Smartphone’s built- in SMS application. Instead of using cellular networks to send messages to your contacts it uses Internet to connect to the user whose mobile number is in your address book.

Other important advantage of this app is, since it makes use of internet it does not incur international charges when messaging to other countries. And this app is available on many platforms, free to download, has no Ads in between. Right now, it is estimated that there are 450 Million active users of WhatsApp all over the world.

It is an online social networking service. It is a website that tremendously became popular in recent years in the Internet world.  It allows to connect with the whole world making it very simpler to communicate with anyone. It allows making friends, adding your already existing friends to your profiles, Share information, and chat with friends, comment or like their pictures and so on. Many have experienced that it is quite interesting to hang around the Facebook.

Most of them would have guessed many reasons for the above question.  Facebook has stated that this acquisition is mainly to speed up the company’s “ability to bring the connectivity and utility to the world”.

But it may also be due to:

Facebook needs to expand its market presence all over the World:

Since WhatsApp is already a successful app that has connected so many people of the world, Facebook is taking it as a mediator to build more number of active users to the Facebook itself.

Mark Zuckerberg, the Founder of Facebook have announced that entire team of WatsApp will be joining in Facebook due to this acquisition. He added that, “WhatsApp will continue to operate independently within Facebook with the same roadmap”.

Their main mission is to develop the WhatsApp app and to connect to the whole world. Also, they believe that WhatsApp team will help them in developing their chat and messenger services and thus to concentrate on both the products and make them financially hit in upcoming years.

What will happen to WhatsApp?

Thus, this deal was made because Facebook has understood the reality that WhatsApp is becoming more popular than Facebook in several large developing markets. Most of the big countries like Brazil, India and Mexico make use of WhatsApp than Facebook and thus FB needs to attract the users of those countries too.

It is not possible for Facebook to acquire certain other messenger service like WeChat which is the one hope of Chinese Mega Giant Tencent to have global consumer product. So, it is clear that WhatsApp has strategic interest to Facebook and thus the deal was made.

Note: Don't forget to give your feedback.

Do you enjoyed reading this post? Looking for more updates, then join my newsletter to get  latest updates.

10 thoughts on “Why Facebook have to take over WhatsApp”