7 Cool Things You Can Do With Your Android 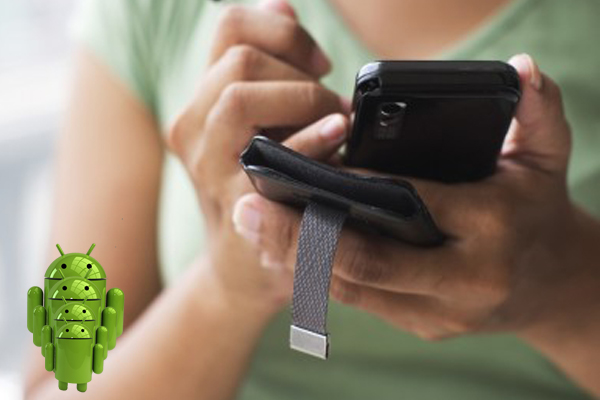 Google’s Android operating system is the one of the most famous operating system that is running in most of the smart phone nowadays. As we all know Android phones are progressing very rapidly. Conceived as a counterpart IOS, Android is a graph showing a significant development in the mobile technological field.

Thus, Android is a very flexible operating system which means that according to your requirement you can put it into many uses.

Lets see those interesting things one by one

Android beam is a feature of Android mobile operating system to allow data to be transferred via near field communication (NFC). It allows instantly transferring of short range exchange such as Web bookmarks, contact info, Youtube videos, etc by just touching one NFC enabled device to another typically back to back and then tapping send option.

Many new Android phones have integrated Android beam which allows you to send the content between the devices just by pressing them back to back.

Before you can transfer any contents from your phone to another phone, just check that you have Android beam support or not.

To check that, go to device settings screen, tap more under Wireless and networks and check if both NFC and Android Beam are enabled.  If you don’t find NFC hardware your device probably doesn’t include NFC hardware. It may also be due to old version of Android since it was introduced in Android 4.0, Ice cream Sandwich.

2. Take screenshots on your phone:

It is really amazing when we know that we can take screenshots in Android phones. It is just super easy. Just Hold down Home, Power, Volume up buttons at the same time.

It seems that there are two methods for taking screen shots for the android phones. Other method just like the first one is, pressing the option “Take a screenshot” option available from the Power off menu in some phones. Press and hold the power buttons for 1 or 2 secs until the power option screen appears. Then you will get that option of “Take a screenshot”.

But before you can take a screenshot you have to check on the version of Android we are using. If you are using relatively latest Android versions such as Honeycomb, Ice cream Sandwich, Jelly bean, or Kit Kat which makes the screen shots to doddle.

3. Make a movie from your collections of photos and recordings:

Phones that are running Android 4.3 have an ability to create short films by editing together videos, photos that you have stored on your device.

For that, you have to go to the settings of Google+ and turn on Auto Backup option so that your photos are saved under a private folder in Google+. Select your own styles, themes and colors for your movie. Choose the Photos option in the top of the settings and select your favorite photos and videos that you like to add to the movie. Now, a beautiful movie is created in your phone.

4. Discover the inner workings of your Battery:

Do you know that get detailed information's about your Android phone’s battery?

Just type the above number and check the details of your battery.

5. Stay awake for as long as you are looking at it:

Most of them would have not noticed an option called “Smart stay” in your Android phones. This option allows the phone to stay bright without the back light getting off until you take away your attention from your phone. This is rather a cool option that everybody must try and see.

Just go to Settings->About Device, tap on “Android version” until an image shows up(a “K” in Android 4.4 Kit Kat) and then hold down on the image until the animation begins. In other versions you can find different animations and have fun.

Hope this article would have been an interesting one.

Enjoy and have fun!