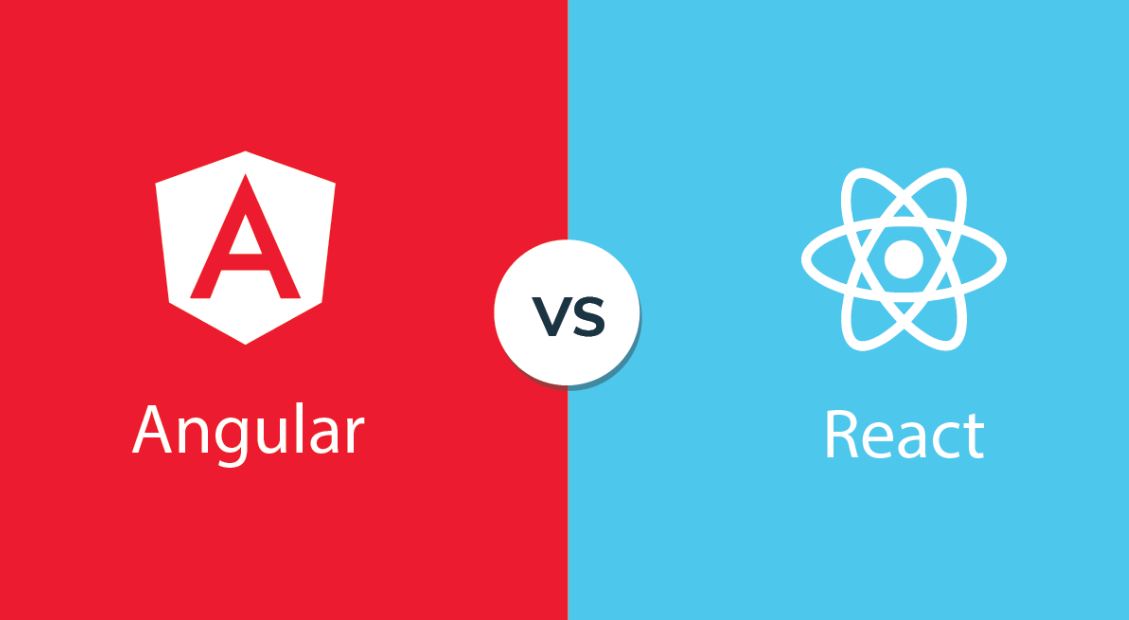 Angular vs React a debate that has been going on for quite some time. It is a debate about what makes a framework better than another. Angular vs React, however, does not refer to the frameworks themselves but rather the way they are used in different applications. In this article, we’ll explore Angular vs React, its advantages, disadvantages, features and differences and how they affect your application development. Both frameworks are powerful in their own way; however, as a developer, you have to decide which one fits your current needs best.

Angular is a framework for building web-based applications. It has been used by many companies to build mobile apps as well as desktop applications. Angular is based on the MVC (Model-View-Controller) architecture, which means that it separates the logic of an application from its UI (User interface). Angular provides various features and options, such as templates, modules or components for providing advanced functionality and supports HTML, CSS, TypeScript, CoffeeScript and JavaScript.

single code base that can be extended easily without the need to change the source code. It enables you to display data in a simple, intuitive way using the same syntax and structure that you would use with HTML or CSS. You can build your application without writing any code at all yourself; all you need to do is select components from the library.

Below-mentioned are the advantages of AngularJS

Following are the disadvantages of AngularJS

Reactjs is a JavaScript library for developing application user interfaces. It allows you to create reusable components that can be easily re-used in other parts of your application. React provides you with an easy-to-use, declarative API that makes UI development very simple while still allowing you control over the underlying DOM structure through pure functions and data binding.

Reactjs allows you to create dynamic, interactive user interfaces without having to write any code or design the logic of the application. It allows the use of HTML and CSS in the same codebase and to write modular, composable code; that is how it makes it possible to build large-scale, complex applications without having to learn too much about how things work on the backend.

Below-mentioned pointers are the advantages of ReactJS

Following are the disadvantages of ReactJS

Angular Vs React: The Difference

Both of them are open source technologies that have been used in the development of various web apps, mobile apps and desktop applications. They both provide very similar features, but they differ in their approaches.

It is a bit tough to start learning Angular (compared to React) because you must know basic concepts like templates, modules, directives, decorators and services beforehand.

On the other hand, entry into React is more simple. All you need to know is JSX to get started with it. Later, you have to learn state management, writing reusable components, and the usage of props for configuration.

The angular framework consists of three layers, Models, Views and Controllers. Due to the same, Angular developers can break the components into separate files, which results in ease of re-use in different projects.

The code in React library is structured and readable. With the use of components, trees get a logical structure and also have functional programming, which makes the component declarative.

Angular is equipped with two-way data binding, which makes changes to the model state automatically whenever any change is made in the UI element or vice versa.

React has one-way data binding, which is beneficial in developing large-scale projects.

Angular employs real DOM, and it is the best choice for SPAs that load occasionally. Here, the size of the library is huge, which makes Angular slower.

React is equipped with a virtual DOM, which is best for apps that update frequently. As opposed to Angular, the library is small, which is the reason why React app is lightweight and dynamic.

Are you still confused with Angular Vs React? Let’s make it more simple. Go with Angular when the need is to develop large-scale applications with dozens of features because it gives reliability and scalability.

Opt for Reactjs when the requirement is to develop cross-platform, single-page applications that are lightweight and modern. With React, one can extend the capability of an application with ease, and that is one of the advantages of React.

If you are looking for experienced Reactjs developers, then end your search here. Rest assured, you will get skilled developers who can build applications as per your custom needs.

We are EnProwess Technologies, a global offshore development company. Our company is on a mission to help young entrepreneurs, startups, and SMEs to incorporate tech solutions into various business processes. For more information, visit our website or ping us on Skype.

I, Bhavik Trivedi, VP at EnProwess – a leading Software development company that provides offshore developers at a reasonable price. I am passionate about learning and teaching technology-related stuff and how to build profitable tech businesses. I love to talk about technology and the future of the world. I always welcome the opportunity to share my knowledge, passion, and enthusiasm for all things tech!

Follow Me
Nirmal Anandh
CEO at ATHIRA Web Services
Hi, this is M Nirmal Anandh from the "Temple City", Madurai. I am the Founder of this blog.My profession is, as a CEO in ATHIRA Web Services. It's about Work From Home Jobs, Affiliate Marketing, E-Publishing, Data Conversion and Data Entry Projects. you can connect with me @ Facebook, Twitter, Pinterest , LinkedIn, Flipboard, Medium and Youtube.
Follow Me
Latest posts by Nirmal Anandh (see all)
Advantages Of AngularAdvantages Of React JSAngular Vs ReactAngularJsclassibloggerData BindingDisadvantages Of React JSIntroduction To React JSLearning Curvemodular architecturemvcReactJSTechnology

3 thoughts on “Angular Vs React: A Detailed Comparison”

Leave a Reply to react templates and themes Cancel reply