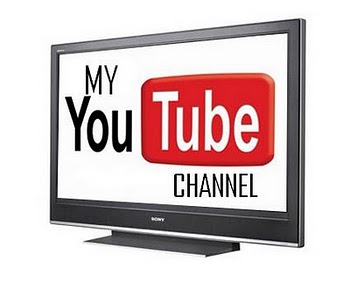 Blogging is awesome, but have you ever thought about vlogging? A video blog on YouTube is a fantastic way to display your creativity, discuss topics you love, and perhaps most importantly, get the chance to make some money. Like blogging, vlogging takes a lot of work to stand out amongst the competition, but if you’re 100% behind your work and have a lot of time and patience, then you’ll be well on your way to good exposure.

Funnily enough, the hardest part of vlogging can actually be long before you’ve even started filming, and that’s choosing what your channel should be about. There are millions upon millions of videos on YouTube, so getting someone to watch your video and subscribe for more is no easy task. Understanding how YouTube SEO operates will help a great deal, but it’s very important to make sure your videos are recorded well, tightly edited, and have engaging content. After all, no one clicks on a video to be bored or annoyed, do they?

So, if you think you’ve got the drive to be a great vlogger and possess the necessary equipment, then all you need now is a great idea! YouTube is growing at a rapid speed, so there has really never been a better time to jump on board. To give you some indication of what’s possible on YouTube, here are some categories that are popular on the video streaming site.

Before buying something, what do most people do? Research! That’s where YouTube comes in. Unboxing has become the latest trend, in which a vlogger will literally take a new tech item out of its box and give their first impressions. Of course, you could also review an item you’ve been testing for a few weeks to give a more detailed evaluation. In general, people like to watch hands-on reviews of items they’re interested in before purchasing. This doesn’t only apply to tech items, as you could also review the latest movies, albums, or video games.

Think you and your friends have some hilarious sketch comedy ideas? Then film them and see if others agree! Perhaps you’re a burgeoning filmmaker with an eye on getting a project in Cannes one day, well there’s no time like the present, so start shooting and uploading to get noticed.

Uploading cover songs is a popular route for thousands of musically-talented individuals, but YouTube can also give you a platform for your own original music to be discovered. It’s not uncommon at all nowadays for pop stars to have received their big break via YouTube.

To some, video games are nothing but a waste of time and a distraction from doing something important, but video games are arguably the reason that YouTube is so prevalent today! Game streaming is huge, as thanks to games like Minecraft and League of Legends, watching others play games is a major category on the site. If you’re very talented at a video game, then you can be sure a lot of people want to know about it.

There is always a lot going on in the world, and this means you may have several opinions on important subject matters. Why not share them with the world? Give your viewpoint on everything from happenings in your local community to world news to major league sports. You could even make a video which summarizes the big news from that day.

Finally, people are always looking for some tips on what to make for dinner, some fun style tips, or ways to wear makeup differently. These types of channels are a dime a dozen, but there’s a lot of potential for growth if you think you can add something unique.

3 thoughts on “What Should Your Youtube Channel be About?”