Worth Reading Books for Engineering Graduates 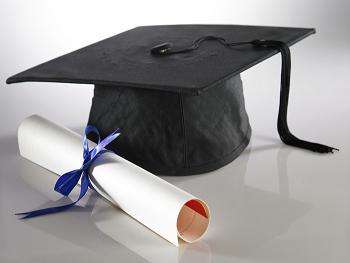 Getting your engineering degree is a ticket to rewarding careers and sometimes a handsome paycheck. But before entering into the engineering course, it is better to know few of the important books which serve as excellent way for your success.

These are going to be definitely worth reading books for engineering graduates.

It was published in 1984 in the garden city, New York. Levy describes people, Machines and events that defined the hacker culture and hacker ethics right from the early stage of mainframe hackers to self-made hardware hackers and game hackers.

From the author of best selling biographies of Benjamin Franklin and Albert Einstein, this book is the exclusive biography of Steve Jobs who co-founded the Tech giant “Apple”. This book is based on more than 40 interviews with jobs conducted over two years, as well as interviews with hundreds of his friends, family members, competitors, colleagues, adversaries.

Thus, Walter Isaacson has written a riveting story of the roller-coaster life and searingly intense personality of a creative entrepreneur whose passion, action and ferocious drive made revolution among six industries like Personal computers, animated movies, music, phones, tablet computing, and digital publishing.

Although Jobs cooperated for this book, he asked for no control over what was written not even the right to read it before it was published.

“The New Thing: A Silicon Valley story” by Michael Lewis:

This book was published on 1999, focuses mainly on the founders of several Silicon Valley Companies. Lewis sets out on the safari through the Silicon Valley to find out the world’s most technology entrepreneur named Jim Clark, a man whose achievements include founding of three separate billion dollar companies called Silicon Graphics, Netscape, and Healtheon.

Also Read: List of Richest Persons in the World

“Inside Apple” by Adam Lashinsky:

Inside Apple reveals the secret systems, tactics and leadership strategies that allowed Steve Jobs and his company to churn out hit after hit and set a trend in the technical field inspiring his followers for its products.

This book is developed based on several numerous interviews and the audio book offers exclusive new information about how Apple innovates, deals its suppliers and is handling the transition into the post jobs era.

“In the Plex” by Steven Levy:

Few companies in History have ever been successful and one such company is “Google”, the company that has transformed the internet and became an indispensable part of our lives.

How has Google achieved this?

Veteran Technology reporter Steven Levy was granted unprecedented access to the company, and in this revolutionary book he takes the readers inside the Google’s headquarters, Google Plex, to show how Google actually works.

In little more than half a decade, Facebook has gone from a dorm-room novelty to a company with 500 million users. It is one of the fastest growing company in the technical world and an essential part of Social life not only for the teenagers but also for the all the adults around the world. As Facebook spread around this world, it creates many surprising effects, even becoming instrumental in the political protests from Columbia to Iran.

Veteran technology reporter David had the full cooperation of Facebook’s key executives in researching the fascinating history of the company and its impact on our lives. He explains how Facebook was created, why it has flourished, and where it is going next.

Hope the lists above will definitely give you a great impact about the technology and the information about the technical giants which will change your way of life right from the beginning stage of engineering course. Thus, these are going to be worth reading books for you engineering graduates.