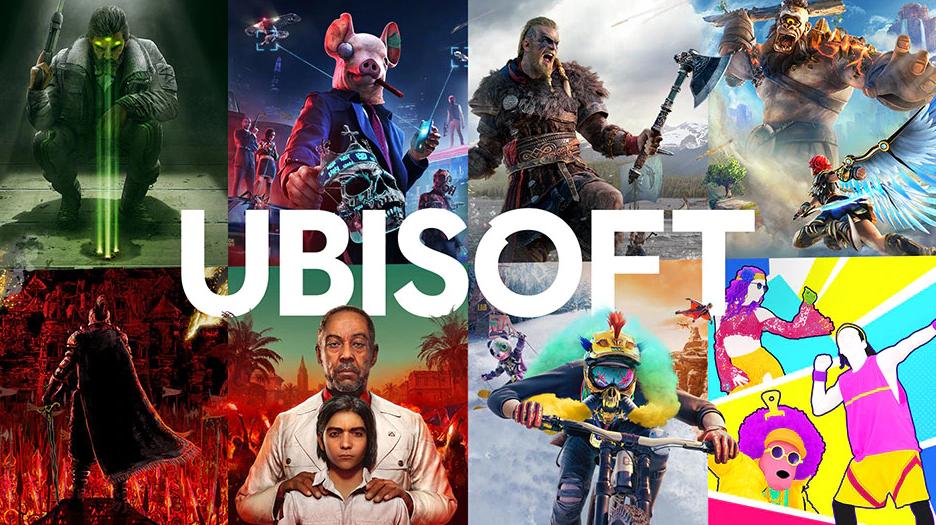 Since its inception, Ubisoft has experimented with various games and genres. Thus, their games have something for everyone, ranging from classic platform games to musicals or war-themed ones. To make your games dream possible you need a software like Uplay. Sometimes you might get an error, uPlay not opening. In that case do not panic, you can check the previous link out for help. They have some of the best RPG and fantasy titles. Let’s look at the top five companies.

The Prince of Persia

The game was first released in the year 2003. It is set in the lands of ancient Persian mythology, where the Prince finds himself caught in an epic battle. It delivers an incredible thrill while creating a dreamlike, magical world that keeps you engaged.

The one feature that makes it different from other games like Uncharted and Tomb Raider is that you can rewind time and undo mistakes repeatedly. So, if backtracking is your thing, by all means, this is your game!

The action-adventure game is getting a remake for the new generation. It has new sequences, a soundtrack, enhanced voices, and parkour animations. You can use your dagger to reverse, freeze, accelerate, or slow time. The controls have been changed according to modern gaming. The game will be available on PlayStation 4, PC, and Xbox One.

This game opened Ubisoft’s style of the unlockable open world by climbing up towers and activating them. You can run up the buildings and jump over rooftops are some features that set it apart when it first came in 2009.

There are a lot of games to choose from in Assassin’s Creed, and the most loved one is Assassin’s Creed Origins which didn’t just build on the previous versions of the game but revamped itself. It provided more complexities than linear quests, thus enhancing the plot and offering an exhaustive skill set.

Now, it has an enhanced storyline and elevated gameplay that made the original look like a demo version. It has gone through a lot of alterations since its first version. The latest is deemed the best version, named Assassin’s Creed Valhalla, which has Vikings compared to Assassins and Templars in the previous versions. It is a series with 23 games and takes more than 20 hours to finish. It makes for a captivating game because the story is full of twists and turns.

Assassin’s Creed Valhalla is more liked by those players who love both the old and new gameplay styles in the franchise.

This game has spectacular visuals, incredible music, and a plethora of content. Even though the Rayman’s have been a step back from the likes of Mario, at least from a commercial point of view, it is a game that you should play. It shows consistency in introducing players to several unpredictable plots. It is filled to the brim with creativity that starts simple but ultimately, you are sneaking past deadly traps or playing through excellent challenge levels. It can be played with both kids and adult players.

A Nintendo Switch Port named Rayman Legends Definitive Edition was released in 2017 in the regions of North America, Europe, and Australia. While wandering through an enchanted forest Rayman, Globox and Teensies come across several paintings. But they are sucked into a picture of a medieval island, and thus, the adventure begins. The trio must fight their way through each world to save the day and uncover the secrets of the painting.

To sum it up, Rayman Legends is colorfully presented, has a crazy variety and smoothly increasing challenges which make you fall in love with it.

Far Cry 6 is the latest version of the game, revealing a Caribbean Island. A violent leader grips the island with an iron fist. To prevent the leader’s son from taking over, you will do all you can while standing on the side of revolution through guerrilla warfare. The game attracts those players who like to have a good time, explore new, vast places, and shoot and hunt for crafting better equipment.

The most loved versions of the game include 3, 4, and 5. Far Cry 5 has a brilliant run and all kinds of animal slaughter because of Ubisoft’s Dubai engine. There are inventive, well-paced missions for players in fictional lands of North America. On the other hand, Far Cry 3 spans way beyond the shooter genre, and it is known to have been an inspiration for other games such as The Crew. Far Cry 3 is one of the finest of the games, with a generation-defining villain and an exciting world waiting to be explored.

It is a music video game that lets you dance to songs to your heart’s content. Usually, it comes with a supported camera using which the game tracks your dance moves and provides a score based on how well you mimicked the on-screen dancers.

This version has more stunning universes and brings 40 new hot tracks for the players. The galaxies are created using the latest production techniques. You can also record the time you spent dancing, track the calories burnt, ultimately keeping yourself motivated and having fun at the same time.

Follow Me
Nirmal Anandh
CEO at ATHIRA Web Services
Hi, this is M Nirmal Anandh from the "Temple City", Madurai. I am the Founder of this blog.My profession is, as a CEO in ATHIRA Web Services. It's about Work From Home Jobs, Affiliate Marketing, E-Publishing, Data Conversion and Data Entry Projects. you can connect with me @ Facebook, Twitter, Pinterest , LinkedIn, Flipboard, Medium and Youtube.
Follow Me
Latest posts by Nirmal Anandh (see all)
40 new hot tracksclassibloggerFar CrygamesJust Dance 2020Rayman LegendsThe Assassin’s CreedThe Prince of PersiaTop GamesTop Ubisoft Gamesuni updates