How to Choose Cheap Vlogging Camera 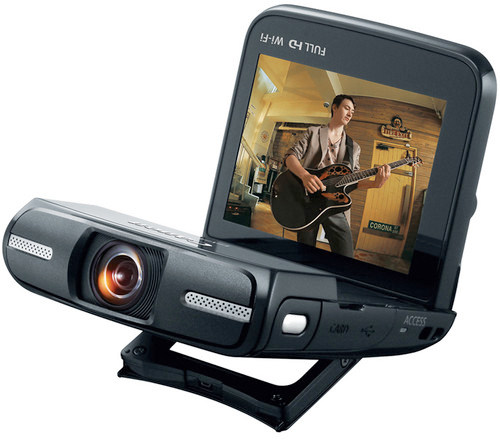 I know many individuals are reading this post who are yet to start vlogging or already doing it, but they are not getting good results because they do not have access to the right camera.

You are at the right place, in this post we are going to discuss How to choose cheap vlogging camera?

Step by step so that from now hence forth all of us can acquire a good camera with the budget each one has to purchase a camera. Before we proceed to the main subject, we cannot ignore our brothers and sisters who have no idea what vlogging is all about. Precisely, vlogging is an activity where you can post blogs in the form of videos with the aim of sharing with the world certain information for leisure or economic purposes.

So if any you came across this post without any idea what vlogging is, don’t be afraid, join us and you can learn How to choose cheap vlogging camera? Step by step and make yourself successful.

What You Should consider In Any Vlogging Camera

In this step, we are looking at the fundamental features that everyone one should consider before choosing which camera to purchase. They include;

Optical image stabilization Optical Image Stabilization property of a camera allows the vlogger to record his/her videos while in motion. Cameras without this property will result to shake images if you record while moving, this will automatically result in bad quality videos which will be hard to watch. The property is also referred as 5-axis image stabilization.

Some manufacturers are lying to customers to have the same property in their cameras known as digital image stabilization. Be warned of such tricks since that does not help to avoid shake images. There are exceptions such as the DSLRs and other mirrorless cameras in the market which do not come with the Optical Image Stabilization property but the property depends on the type of lens used. So make sure if you get such a camera it is accompanied with a lens with the Optical Image Stabilization ability.

Lens aperture – A wide aperture which is enhanced by the quality of the lens enables your camera to capture more light in low light instances. Also, the wide aperture enables the vlogger to realize a blurred background thus making the scenes clear. Hence, a high-quality lens should be considered too.

Sensor size – The bigger the size of the sensor that a camera has the more light it can capture. Usually, the Camcorders are known to have bigger lenses, followed by the Compact Cameras, the DSLRs/Mirrorless, with the Full-Frame cameras having the smaller among them.

You May Also Read: Little Tricks To Help You Make More Money From Your Bl

The amount of noise the camera shows at higher ISO – ISO is the sensor stability of the camera to light, and the noise can only be determined by testing the camera at high ISO. Usually, the higher the ISO number the low the quality of the video produced.

Flip screen enhancement tip screen property in cameras is not very essential but in the case where you need to record yourself, or you need to be included in an activity which you were recording, in such a case it is required.

Availability of a microphone input microphone enables you as a vlogger to record the audio part of the video, but then most of the cameras available don’t have mic inputs. However, vloggers can use external recorders to capture the sound.

Wi-FiWi-Fi enables the vloggers to have a wireless connection between the camera and their smartphones or laptops with using cables. Here allows them to upload their videos to online platforms quickly.

There other factors considered by many people as important when choosing cameras which are not very necessary for vloggers. They include zoom, flash, and megapixels of a camera. Zoom and flash properties in cameras come at the expense of the image quality. Thus without those two, it means the camera will produce a quality picture. Moreover, professional photography terms the use of flash as unethical and recommends external lighting where necessary. Finally, for vlogger videos, high megapixels are not required.

After understanding the essential factors to consider the last step is to choose which camera is right for you as a vlogger. Usually, vloggers select cameras according to; -Where they will be recording their videos,-The kind of camera one prefers,-The type of content they need to produce, the and-The amount of budget they have to spend for a camera.

For indoor activities DSLRs cameras are the best, but for trips compact cameras can do better or mirrorless ones which are easy to carry around and the same time records quality videos.Regarding budget, a good vlogging camera kit should include a tripod, lighting, and a microphone. Thus you should make sure your budget is able for all of them.

8 Reasons Why Social Media Marketing Is Important for Your Business

3 thoughts on “How to Choose Cheap Vlogging Camera”