Top Questions with regard to CCNA Routing & Switching Certification Answered!

Back in May 2016, Cisco made the big announcement that they would change the CCNA R&S certification. This type of change gave rise to several frequently asked questions, which we have outlined below with their corresponding answers.

What are the changes in the new CCNA Certification?

The exams and courses leading to CCNA certification essentially changed the version from 2.0 to 3.0. The abbreviations and names of the CCNA training courses remained the same even though the changes introduced 3 new exams and courses. Candidates interested in this certification must pass the CCNA exam or the ICND1 and ICN2 tests.

What are the New Exam Courses and Codes for v3.0?

As mentioned above, the titles of the certification courses in v3.0 remain the same as they were for v2.0. However, the numeric codes changed slightly. Below are the v3.0 course titles and codes:

When did the exams and Course certification come into existence?

Each of the new examinations and CCNA training courses first became available on May 17, 2016. The now-outdated versions of the exams, however, continued to circulate for several months after that date primarily for those candidates who had already prepared for the exams based on the previous criteria and guidelines.

Can You Combine Completed Exams from Both Versions?

This is of extreme importance for those candidates who have obtained one but not the other and may be slightly discouraged by the announced change.

Why Did the CCNA R&S Certification Change?

A key reason for the big change was the transition experienced in the way people learn. More independence is expected in primary schools, which opened the door for this trend to make its way into the business world. 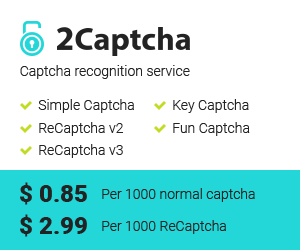 With the new changes, Cisco introduced the benefit of experiential learning – or learning by doing – through the deployment of Discovery Labs. Within these labs, theoretical and practical knowledge is gained by lab practices based on applicable scenarios.

How Effective Or Important is CCNA Certification for Networking Professionals

The students are able to study subjects at their own pace and schedule after they have taken the course without dependencies getting in the way. There is no longer a need to purchase hardware just to prepare for the CCNA R&S certification exam.

Which of the Subjects within the Exam Changed?

Within the ICND1 course, just the RIP is now treated as routing protocol. Each of the subjects focusing on device management (including licenses and upgrades) were moved from the ICND2 course into the ICND1 course.

That was not the most significant change to the ICND2 course, especially since the emphasis on past technologies was replaced by instruction on multi-link PPP. More complex topics – such as RADIUS, EBGP and Tacacs+ – were also introduced into the framework of the exam, intensifying the content for all interested candidates.

What if You Already Have CCNA R&S Certification?

Candidates who have already received their CCNA R&S certification may be concerned about how this major change affects them. Fortunately, it has been confirmed that it will not affect them at all. If you have already completed the necessary CCNA training and obtained your R&S certification, you do not have to do anything in regards to the new exam requirements.

Keep in mind that your CCNA Routing & Switching certification remains valid and active for 3 years. Reports confirm that it would remain active for 3 years even after the exam and course changes went into effect.

What Can You Do as a CCNA-Certified Professional?

With this type of CCNA certification on your resume, you will prove to prospective employers and clients that you have a vast and up-to-date knowledge of various network techniques – including IP networking, sub-netting, Ethernet, WAN technologies and Network Address Translation.

It provides documented credentials that show you are experienced in handling a variety of troubleshooting scenarios and network scaling. Even if you are an experienced network professional, you can increase the efficiency of your daily schedule and workload.

You can also check out:

Think about the daily management and network activities that you already have to handle. It will be much easier to handle this significant load with this type of quality knowledge, insight and resources at your disposal. You will be able to efficiently configure, interpret and troubleshoot routing tables within Linux and Windows environments.

Is User Interface design in mobile app development only limited to graphic design?